On his way to the California Gold Rush, a Chinese man would instead end up in Hawaii–and become Hawaii’s first Chinese millionaire.

In 1849, Chun Afong left behind his wife and son in his hometown, Zhongshan (Xiangshan) village in China. He settled in the Kingdom of Hawaii, with about a hundred Chinese, and opened a shop near King Street. In only six years, the Chinese immigrant made a fortune in retailing, real estate, sugar, rice, and opium. Read more 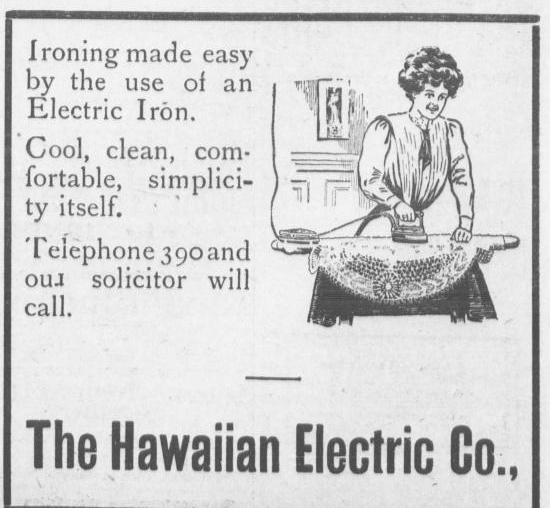 A popular sport in Hawaii, basketball is played in high school and college sports. Pass by any city park with a basketball court, and you’ll see people running around, grabbing and bouncing an orange ball, and trying to throw it into the net.

Basketball got its start in Hawaii around 1899 shortly after the U.S. annexation of Hawaii. On February 21, 1899, The Pacific Commercial Advertiser reports that basketball was “booming” … Read More

[Found under: “THE ROYAL BIRTH-DAY.”]

My People: On this the first anniversary of my birth-day occurring after my accession to the Throne, I have thought it fit and proper that it should be made a day of national thanksgiving to the Almighty God, for His many mercies and blessings to us as a people; and, as it occurs on the eve of my undertaking a long journey to a far country, that you may also on this day implore the Divine protection for me in my absence, and a blessing on my mission.

Jack Desha of Hawaii, Harvard’s star baseball player, marries girl of his choice despite opposition of stern parent. Two ceremonies held, and he becomes proud father before his classmates learn the story that he has long left the ranks of single men.

Harvard Hears News When He Presents a Candidate for Class Baby

Jack Desha of Hilo and Harvard, famed as a football and baseball player, is a benedict. Further than this, he entered the ranks of married men two years ago by way of an elopement with the daughter of his landlord and was married on New Year’s Day, 1910. It may also be stated that Jack Desha has been a proud father since December 11, 1910, when Evelyn C. M. Desha came into the world. Many local Japanese in Hawaii grew up attending Japanese school after school or Saturday mornings.

In 1890s, Japanese immigrants started these schools to teach their children the Japanese culture and values. However, tension would arise between those for and against the schools. … Read more

The Hula Hulas on Horseback

In 1893, a crowd watched four “hula-hula girls” ride their horses and parade through the Golden Gate Park, San Francisco. The Native Hawaiian women wore their Hawaiian riding costumes: their long skirts draped over their horses, and a straw hat with a wreath of flowers crowned their heads. As they passed people, they greeted, “Aloha!”

Read more about these Native Hawaiian horseback riders in “The Hula Hulas.” In ancient Hawaii, kapu prohibited defecating and urinating in natural water sources, including streams, wetlands, and the ocean. However, when the foreigners arrived in Hawaii in the early 1800s, people stopped following the kapu, and trash and sewage went into cesspools, rivers, the Honolulu Harbor, and the surrounding ocean. Thus, Honolulu reeked of sewage, and the resulting spread of water-borne diseases killed Native Hawaiians at an alarming rate. Read more In Polynesian folklore, the sun moved so quickly that it made the days short. Hina told her son, the demigod Maui, that she needed the sun to stay up longer, so her kapa (bark cloth) could dry. So Maui climbed on top of Mount Haleakala (house of the sun) and lassoed the rising sun, using his sister’s hair. The chief made the sun agree to slow down the days and make them long in the summer and short in the winter.

In the late 1800s and early 1900s, Hawaiian legends showed up in American newspapers. Read more 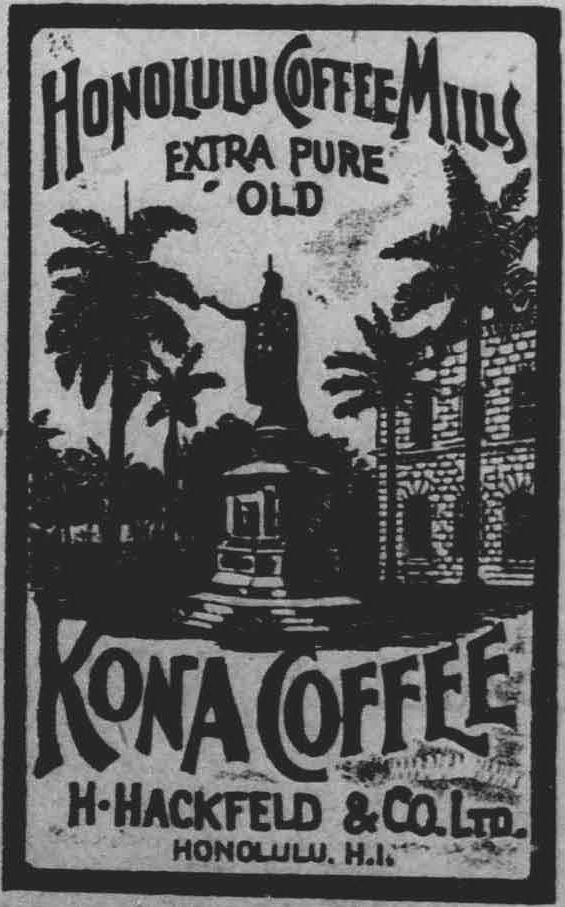 Hawaii’s coffee industry never got as big as the sugar and pineapples industries at their peak. However, unlike these common products, Kona coffee was grown in rich, volcanic soil in Kona, Hawaii, and developed into a premium coffee type and one of the most expensive coffees in the world. Plus, while sugar and pineapple production has phased out in Hawaii, Kona coffee still remains today.

Kona coffee were exported as early as the late 1800s, and its ads started showing up in American newspapers shortly after. They usually emphasize flavor, quality, strength, and purity. See more Kona coffee ads in our Flickr collection: https://www.flickr.com/photos/uhmlibrary/sets/72157642473533555/.