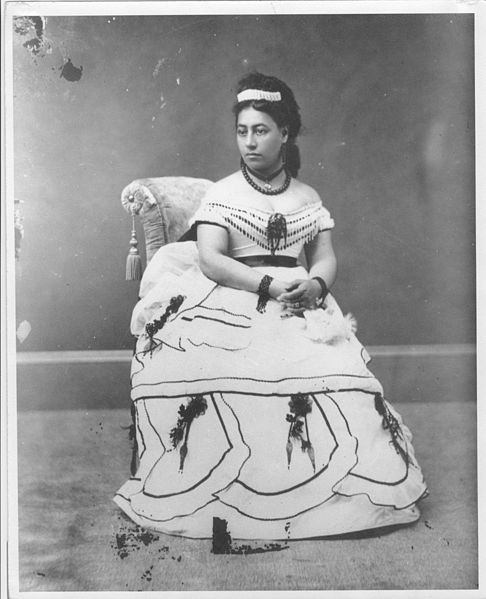 This month in history — June 19, 1856: by marrying the king, Emma Rooke became Hawaii’s queen. For this national holiday, flags were hung on government buildings. Hours before, thousands of citizens arrived at the stone church where the ceremony would take place. However, more than half of them were turned away as the church could fit only 3,000 people.

Finally at 11:30 a.m., the crowd saw the twenty-year-old bride walk down the aisle: Emma in a white embroidered silk dress with her father and three bridesmaid (including the future Queen Liliuokalani). Crowned by a flower lei of white roses and orange flowers, the descendant of Hawaiian royalty looked straight at the altar through her bridal veil.

Donning a uniform and a sword, King Alexander Liholiho—King Kamehameha IV–marched with his father–the Royal Governor of Oahu.

Read about this royal wedding in “Marriage: Of His Majesty Kamehameha IV.”