Today in history–January 30, 1904–the first comic strips in Hawaii debuted in the Evening Bulletin.

In color, the first comics consisted of seven multi-panel strips of comedic cartoons, such as the following:

Probably due to the lack of interest, the Evening Bulletin eventually stopped publishing comics. However, comic strips would eventually reappear in Hawaii’s newspapers, such as the Honolulu Star-Advertiser today.

Search Strategy
After the Evening Bulletin’s January 30, 1904, the comic strips appeared every other Saturday.

Today in history — January 22, 1890 — Duke Paoa Kahinu Mokoe Hulikohola Kahanamoku died. He was a five-time Olympic medalist in swimming and surfer who made surfing popular on the U.S. Mainland.

Read more about him in “Duke Kahanamoku.”

The paper reported: “Chinatown that was is a scene of desolation today. Every frame building, the Independent office excepted, has been burned to the ground.”

Another article began: “Dr. C. B. Wood, president of the Board of Health … answered: ‘I consider the situation as more encouraging than at any time since the first case of plague was discovered. We have things just as we had wanted all along. […]There is no more Chinatown. its Infected buildings and merchandise are burned’.”

Read about it in our topic guide.

Today in history — January 13, 1903 — the first large group of Korean immigrants arrived in America. Fifty-six men, twenty-one women, and twenty-five children sailed on the RMS Gaelic and landed in Hawaii. Many of them would work in the sugar plantations.

Within two years, more than 7,000 Korean immigrants arrived in Hawaii.

Read more about it in “Koreans Arriving.” This week in history — January 8, 1873 — Hawaii celebrated William Charles Lunalilo’s election as the king of Hawaii.

Signs on storefront proclaimed “Long Live William C. Lunalilo, Our King!” and “Lunalilo the People’s King! and W. C. Lunalilo the King of Hearts!” Hours before the legislature met, a crowd of people gathered around the courthouse. When Lunalilo arrived, they cheered for him.

Read more about Lunalilo’s election in “Election of Prince Lunalilo as King!”

The 1895 Counter-Revolution Against the Republic of Hawaii 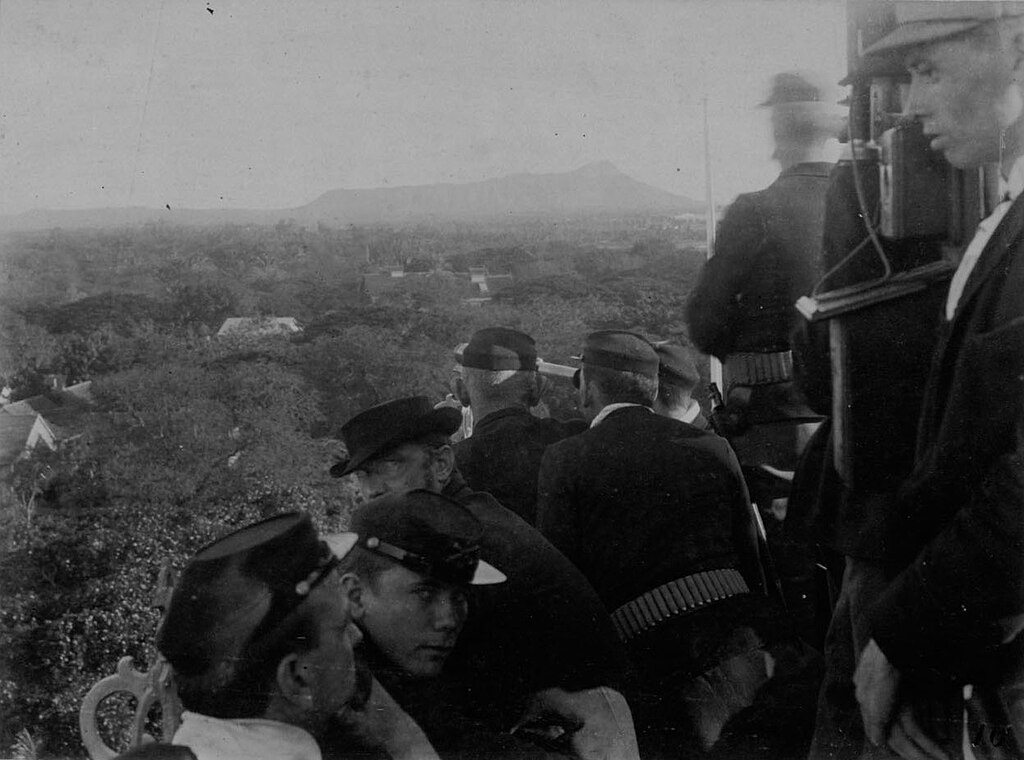 Provisional Government soldiers watch the Battle of Kamoiliili from the tower of the Executive Building.

Today in history — January 6, 1895 — A counter-revolution against the Republic of Hawaii begins. Two years ago, the Committee of Safety overthrew the Hawaiian Monarchy, and the Provisional Government was formed. For the past six months, Queen Liliuokalani supporters planned this counter-revolution without her knowledge.

The Daily Bulletin described the happenings around town on the counter-revolution’s third day:

Three days later, on January 9, 1895, the counter-revolution ends with a few soldiers killed, and the Republic of Hawaii persevered.

Read more about it in “The 1895 Counter-Revolution in Hawaii.”

The 1895 Counter-Revolution in Hawaii
https://hdnpblog.wordpress.com/historical-articles/the-1895-counter-revolution-in-hawaii/

Congratulations and Thank you, Martha!

HDNP congratulates Principal Investigator Martha Chantiny on her long-deserved retirement. For almost thirty years, Martha contributed her technical expertise to the UH-system libraries and worked her way to become one of the highest ranking academic librarians in the UH-system.

Martha last served as the department head of Desktop Network Services department and a co-principal investigator of the Hawaii Digital Newspaper Project, administering the digitization of tens of thousands of newspaper pages. From initiating the grant proposal to today, Martha made HDNP possible: she managed digitization and public outreach, managed HDNP’s funding, integrated her technical expertise into HDNP, supervised and trained team members, and coordinated with the Library of Congress.

Martha has spearheaded and led many archival digitization projects in the past two decades. Furthermore, she has enabled the UH library to lead in the digitization and preservation of historical materials in Asia and the Pacific.

Congratulations for your stellar career, Martha! Thank you for mentoring dozens of faculty, staff, and students at the UH Manoa Library, and we wish you a joyful retirement! 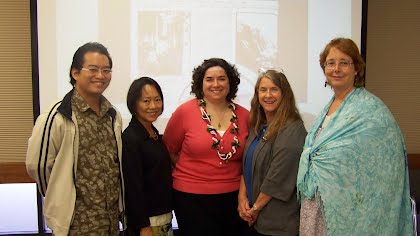 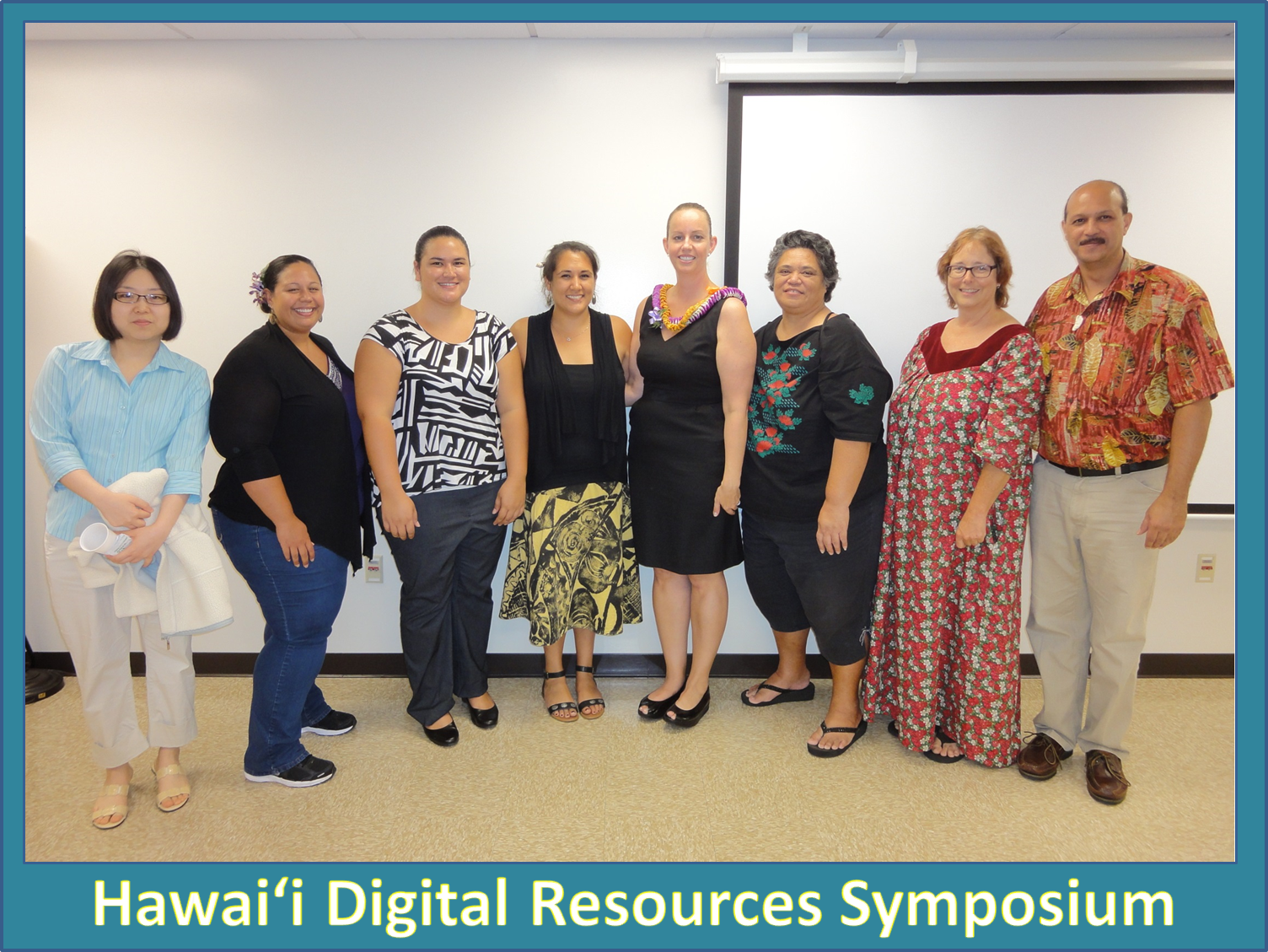