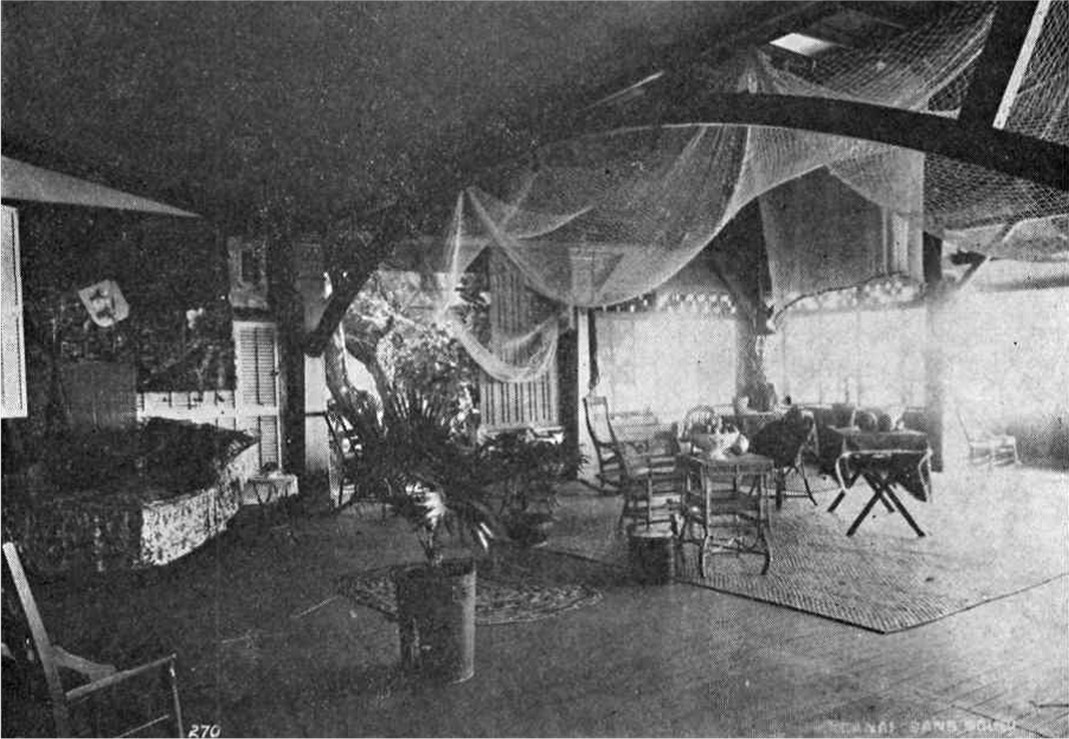 As the owner supported the Hawaiian monarchy, conspirators met here to plan the 1895 counter-revolution against the Provisional Government.

Read more about its closure in “Passing of Sans Souci.”

A local man from Hawaii in Northern California, Masuto Hata was imprisoned even though he fought for America in WWI. Also, even though his son Makoto stayed in a concentration camp, he enlisted in the military and got seriously wounded in a battle in Italy.

Read more about it in “Local Japanese Soldier Is Killed” (bottom text and right image).

Local relatives have been notified one Fresno soldier of Japanese ancestry has been killed in action and another seriously wounded.

Private Haruo Kawamoto lost his life on the Italian front and Private Makoto M. Hata is in serious condition with a shell fragment wound in the abdomen. Hata is in a hospital in Italy.

Kawamoto, 20, was a graduate of the Central Union High School. He was an honor student and one of the speakers at the graduation exercises in the Fresno Japanese Assembly Center in 1942. He entered the service in July, 1944, received his basic training at Camp Blanding, Fla., and was sent overseas in January. He served in France and Italy with an infantry division. Two of his brothers are in the service: Corporal Yurio Kawamoto of Fort Sam Houston, Tex., who volunteered in March 1941, and Private First Class Mitsu Kawamoto who is serving in Italy. Another brother, Toshio Kawamoto, is living near Fresno, and his father and two sisters are in the relocation center at Amachi, Colo.

Hata, 23, has seen service in Italy and France with the infantry. He is a son of Masuto Hata of Ashlan Avenue.”

The First Motorcycle in Hawaii

Today in history–February 15, 1901–the motorcycle debuted in Hawaii. Mr. Whitman, manager of the Tribune bicycle agency, took the very first spin around downtown Honolulu and Waikiki. Read about the first motorcycle ride in Hawaii in “First Motorcycles in Hawaii.”

Badminton is the world’s fastest racket sport; shuttlecocks travel up to 200 miles per hour. Invented by British military officers in India in the mid-1800s, badminton soon spread to the rest of the world.

Though badminton clubs sprouted up in the United States in the late 19th century, the sport never really took off on the competitive level in America, as it was overshadowed by the more popular racket sport, tennis.