Today in history — August 27, 1891 —  the husband of Queen Liliuokalani, John Dominis died. Read more about the Royal Governor of Oahu and Prince Consort in “A Second Sorrow.”

As a grown up, Kahanamoku broke the world record in swimming and popularized surfing in mainland United States and Australia.

Read more about him in “Duke Kahanamoku in U.S. Newspapers.” 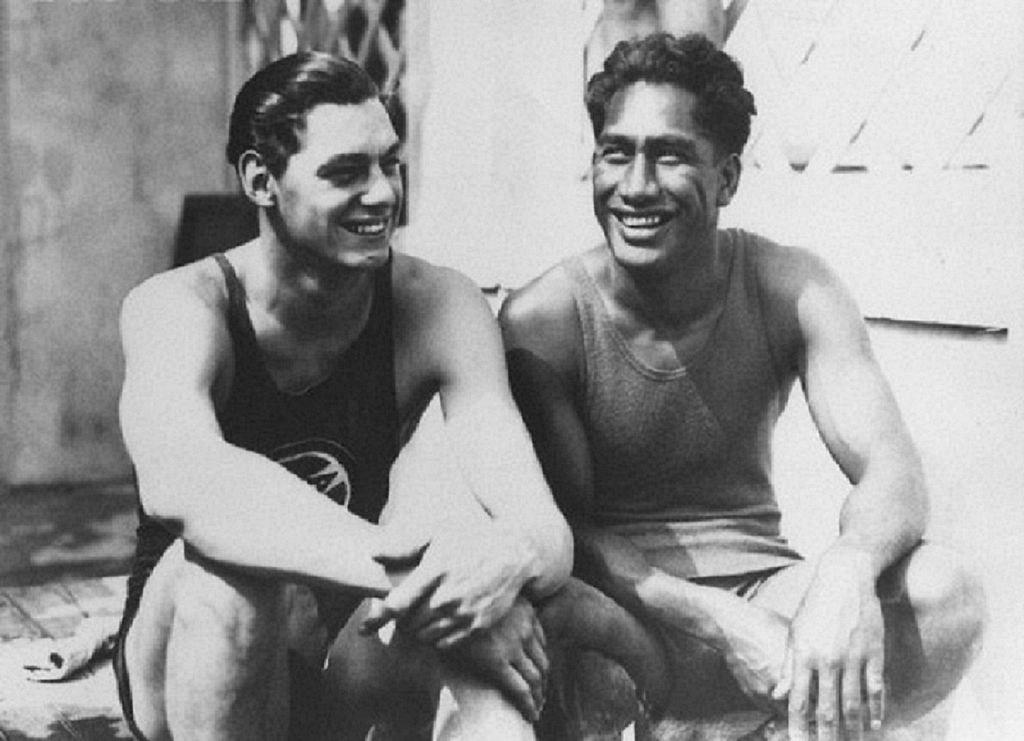 This month in history — August 1913 — Duke Kahanamoku‘s friends drank champagne from his trophy. Aboard a ship, they drank for the health of the five-time Olympic medalist in swimming.

Read more about it in “Loving Cup Used for Wine Bowl.”

Today in history — August 12, 1898 — people gathered at Iolani Palace to celebrate the “U.S. annexation” of Hawaii. U.S. troops came ashore from Honolulu Harbor. But Queen Lili’uokalani was nowhere to be seen.

Instead, dressed in black in the Washington Place mansion, she and her family members and loyalists mourned losing their Kingdom, as she explained to newspaper reporter Alice Rix in an interview:

Nowadays, the news reports the shark attacks in Hawaii beaches. But the ancient Hawaiians hunted sharks and treated them as gods.

Hawaiian shark hunters had to execute perfectly as one mistake could mean instant death. The New York Sun detailed their methods of capturing sharks: using hooks and nets, spearing the sharks, tying sleeping sharks with nooses, and luring sharks to shore. Would you believe that human flesh was used for bait?

Read more about how the Hawaiian shark hunters caught their sharks in “Stories of Hawaii Nei.” 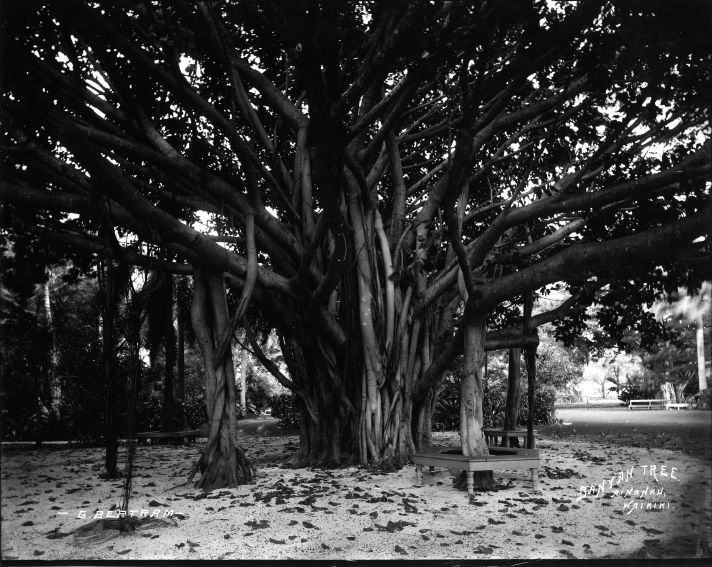 Today in history — August 2, 1921 — a fire burned the late Princess Kaiulani’s home–Ainahau. An automatic gas heater next to a former kitchen ignited the fire. Film producer W. F. Adrich and his wife Peggy were residing in the Waikiki house, previously a hotel.

While the house is gone today, the location still honors Princess Kaiulani with the stone bench she sat on with writer Robert Louis Stevenson, a small triangular park, a bronze statue of her in the park, and the Sheraton Princess Kaiulani Hotel.

Read more about the house in “Ainahau, Historic Old Landmark, Is Burned.”