Today in history — September 30, 1878 — The first large group of Portuguese arrived in Hawaii. They came from the Madeira Islands and sailed for 116 days. They imported their culture: malasada, ukulele, and Portuguese sweet bread became a part of Hawaii’s culture.  The Pacific Commercial Advertiser described the immigrants:

They are a cleanly looking, well-behaved set, with the old fashioned polite manners of the Portuguese and Spanish races. The more we have of this sort of immigration the better. They are, as a race … temperate, painstaking, thrifty and law abiding people. They come here to stay, and they do not send their earnings out of the country, as do some other nationalities.

Read more about them in “Arrival of the Portuguese Immigrants.” 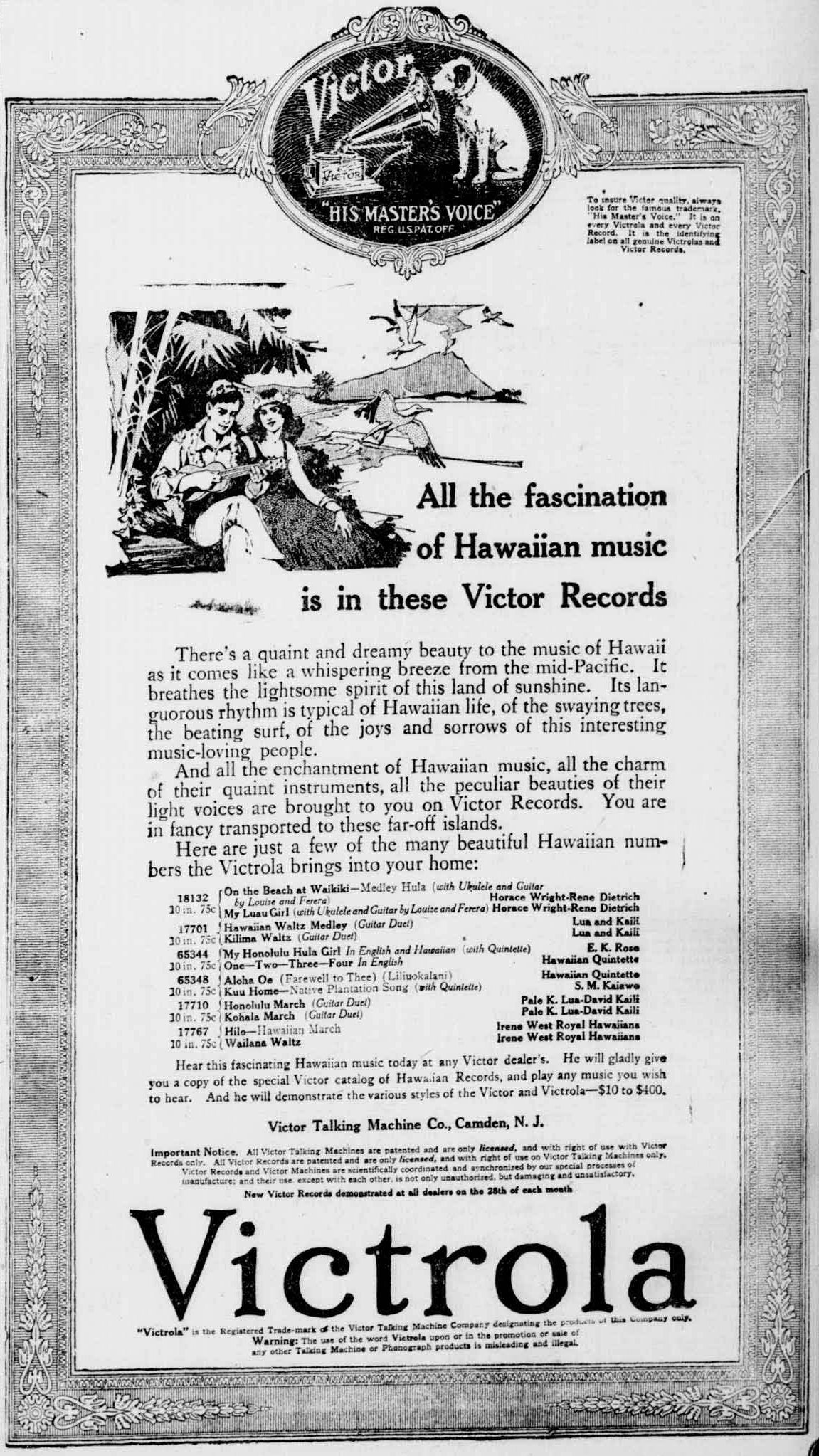 Do you like Classical music? What about Hawaiian music?

Tacoma, Washington in 1916: people preferred Hawaiian music to Classical music “ten to one.” The popular songs included “She Sang Aloha to Me,” “Pretty Baby,” and “I Left Her on the Beach at Honolulu.”

Get your “Yaaka Hula Hickey Dula” on and “read more about it!”

In 1902, Jas. W. L. McGuire bought a kahili handle from a Hawaiian woman from Maui. The kahili was made of whale bone. The woman claimed that she found it in a cave, and that the kahili handle might be over two to three centuries old.

Read more about the kahili in “Double Kahili Handle.”

Today in history — September 6, 1906 — 105 dogs competed in Hawaii’s first dog show.  “The town is certainly going to the dogs,” said The Hawaiian Gazette.

“Almost every breed of dog, preserved for use or ornament,” were seen trotting at the dog show at the skating rink on Queen’s Street and ranged from toy dogs, including the only Blenheim spaniel in Hawaii, to guard dogs, including the Great Dane. However, no native poi dogs were seen–virtually all of the dog owners there were Haole (Caucasian) with European and Asian dogs, such as collies, fox-terriers, and the Japanese Spaniel.

The most interesting category–“Best dog or bitch owned by a lady”–reflected the less-negative connotation of the term “bitch” (female dog) back then.