Today in history — August 12, 1898 — people gathered at Iolani Palace to celebrate the “U.S. annexation” of Hawaii. U.S. troops came ashore from Honolulu Harbor. But Queen Lili’uokalani was nowhere to be seen.

Instead, dressed in black in the Washington Place mansion, she and her family members and loyalists mourned losing their Kingdom, as she explained to newspaper reporter Alice Rix in an interview: 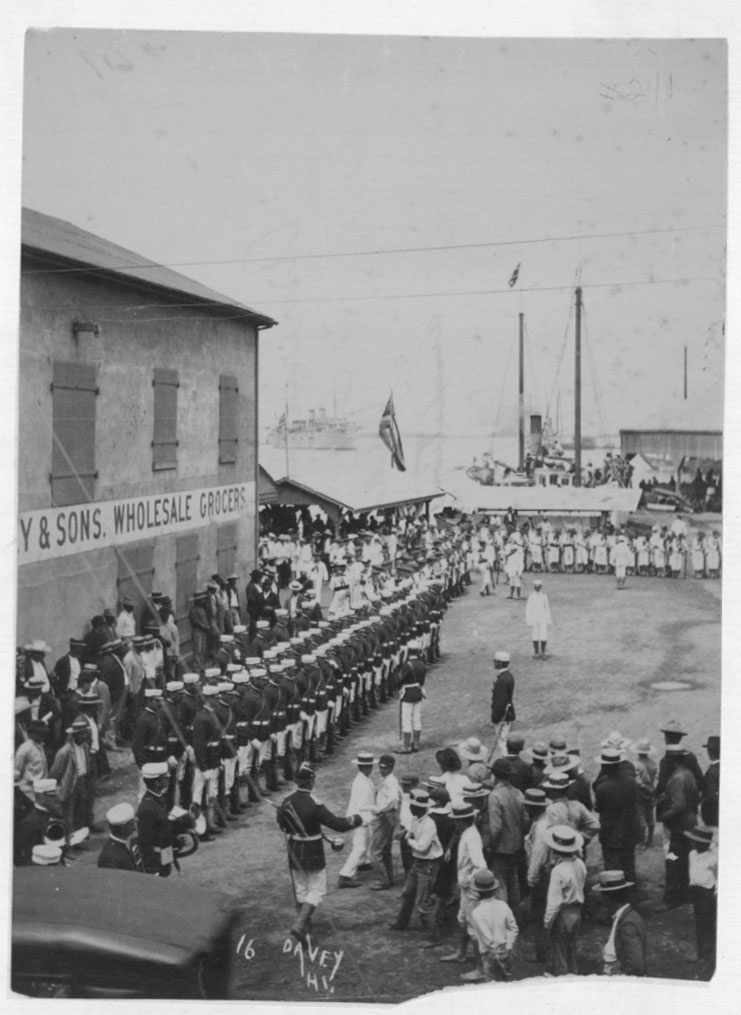