Read about the Hawaiian Kingdom’s bereavement in “King Kalakaua Dead.”

Happy Birthday, King Kalakaua! Today in history–November 16, 1917–Honolulu quietly observed his birthday while mourning the death of his sister Queen Liliuokalani. Kalakaua might be no more, but the “Merry Monarch’s” legacy through hula and boat races live on.

Read more about it in “King Kalakaua’s Birthday Today.” 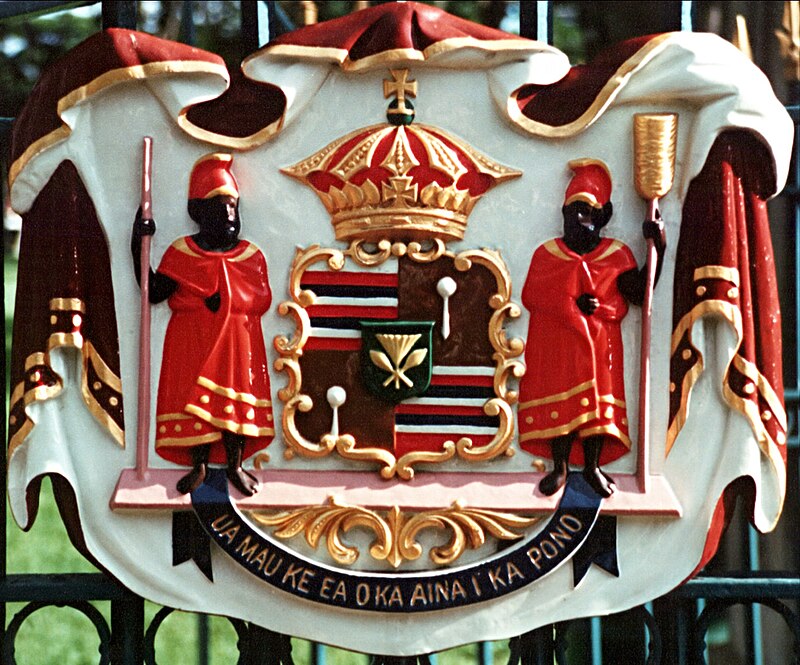 Entering the world near the Punchbowl Crater, the last king of Hawaii reigned from February 12, 1874 through January 20, 1891. The “Merrie Monarch” was known for throwing big parties for the entire kingdom and played an instrumental role in reviving Native Hawaiian arts, including hula. After his year-round trip in 1881, Kalakaua became the first king to travel around the world.

Read about how Kalakaua celebrated his fiftieth birthday in “King Kalakaua’s Silver Jubilee.”

The Kapiʻolani Home for Girls

Today in history — November 9, 1885 — Queen Kapiʻolani and King Kalakaua dedicated the Kapiʻolani Home for Girls. The Pacific Commercial Advertiser described the scene at the ceremony:

“Prompt at 11 o’clock their Majesties the King and Queen, accompanied by … the Royal Family, .. were received by Vice Chamberlain, the Queen’s own saluting in a soldierlike manner.

“… the royal anthem [was] being played by the [Royal Hawaiian Band].

“… The room was tastefully decorated with palms, evergreen wreaths and flowers. A large picture of Queen Kapiolani … was hung in the center of the room, surrounded by wreaths.”

For the next fifty-three years, this charity would help daughters of leprosy victims.

Read more about it in “Kapiolani Home.”