This month in history — July 4, 1899 — Queen Kapiolani’s funeral. Flowers and kahili decorated Kawaiahao Church, and it was “crowded to its utmost.” To the organ’s melody, choirs sang solemn funeral selections such as Handel’s Largo.

To read more about the funeral of King Kalakaua’s wife, read “Passing of the Queen Dowager.” 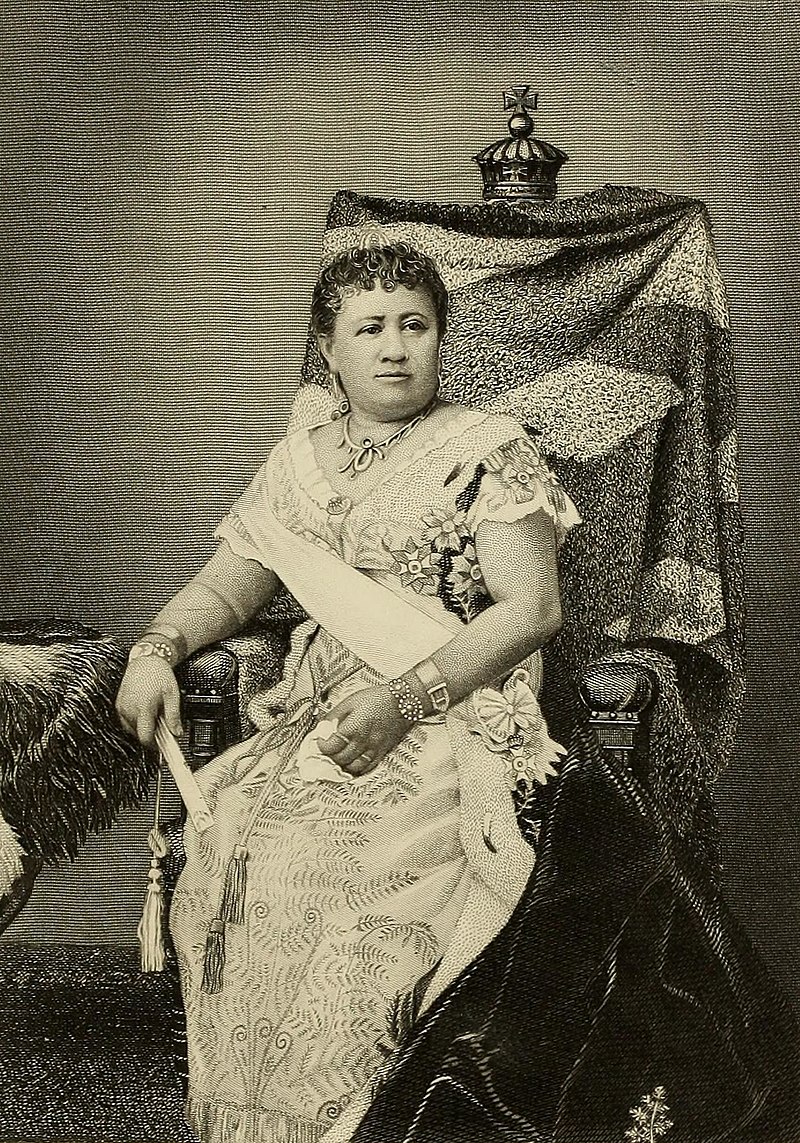 Happy Birthday, Queen Kapiolani! Today in history — Dec. 31, 1834 — Kapiolani was born. On her fifty-second birthday, The Pacific Commercial Advertiser exclaimed, “… the Queen is one of the best exemplars in her own life and person of their potency and virtue.”

Read more about the Queen Consort in “The Queen’s Birthday.”

Falling among the great Christian and universal holidays, the birthday of Queen Kapiolani comes opportunely for its celebration. Fifty-two years ago this day Queen Kapiolani was born. The times were then rude and the people untutored, but the dawn of a new and better civilization had broken upon this new life which was destined to rise to honor and distinction among her race and nation. Since Her Majesty’s birth marvellous changes have been worked in this country and the Queen is one of the best exemplars in her own life and person of their potency and virtue. The general public recognition of the birthday of Her Majesty Queen Kapiolani is due to her exalted station and personal character.

[It is essential to see how different people portrayed history, to get a clearer view of the past (and the present and future as well sometimes).]

The Kapiʻolani Home for Girls

Today in history — November 9, 1885 — Queen Kapiʻolani and King Kalakaua dedicated the Kapiʻolani Home for Girls. The Pacific Commercial Advertiser described the scene at the ceremony:

“Prompt at 11 o’clock their Majesties the King and Queen, accompanied by … the Royal Family, .. were received by Vice Chamberlain, the Queen’s own saluting in a soldierlike manner.

“… the royal anthem [was] being played by the [Royal Hawaiian Band].

“… The room was tastefully decorated with palms, evergreen wreaths and flowers. A large picture of Queen Kapiolani … was hung in the center of the room, surrounded by wreaths.”

For the next fifty-three years, this charity would help daughters of leprosy victims.

Read more about it in “Kapiolani Home.” 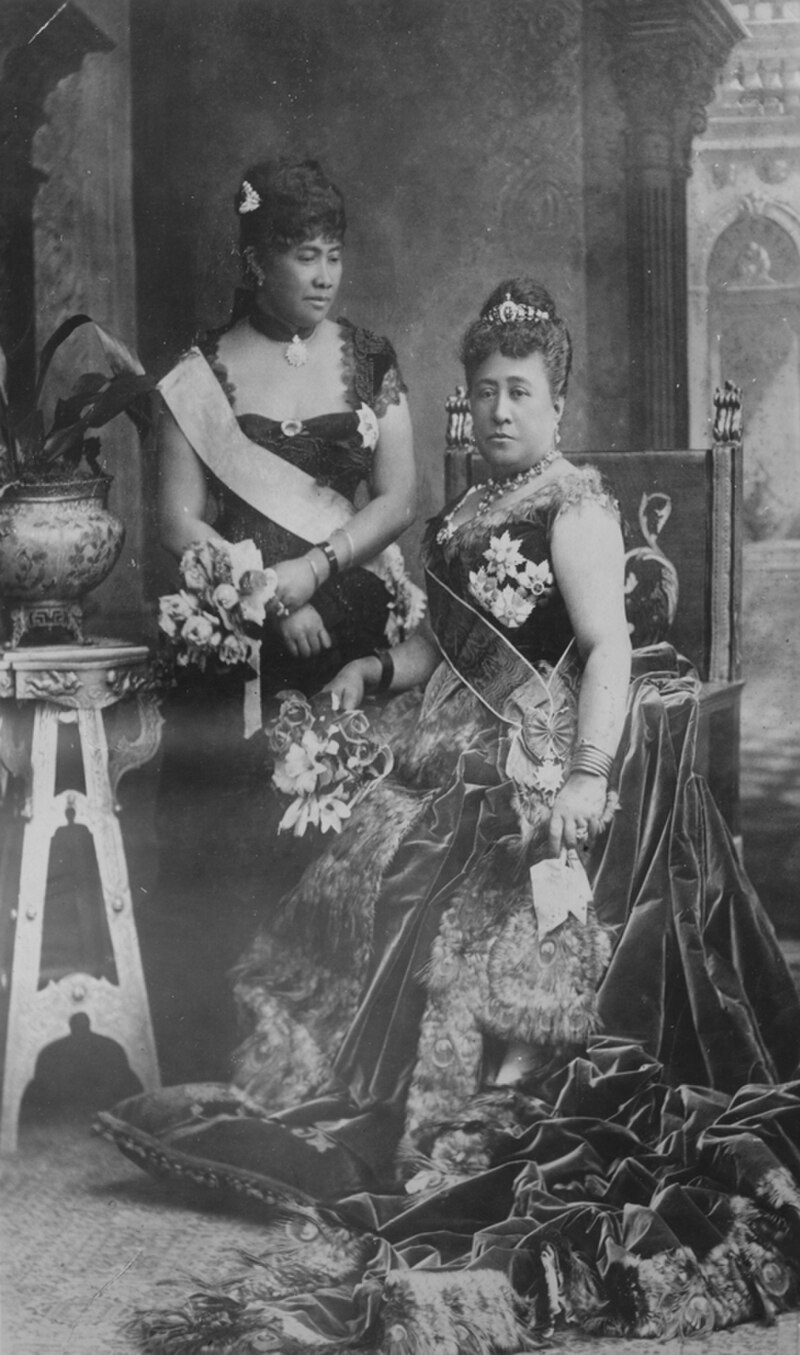 Three years after her first husband died, Kapiolani married David Kalakaua in 1863. When Kalakaua became the King of Hawaii in 1874, Kapiolani started her reign as the Queen Consort. The reign lasted beyond King Kalakaua’s death and until the overthrow of the Hawaiian monarchy in 1891.

One of the last reigning Hawaiian monarchs, Kapiolani refused to speak anything but Hawaiian. While she was able to understand and speak English from her childhood education, Liliuokalani served as her interpreter.

Read more about Kapiolani in “In the Fullness of Years: Death of Queen Dowager Kapiolani.”